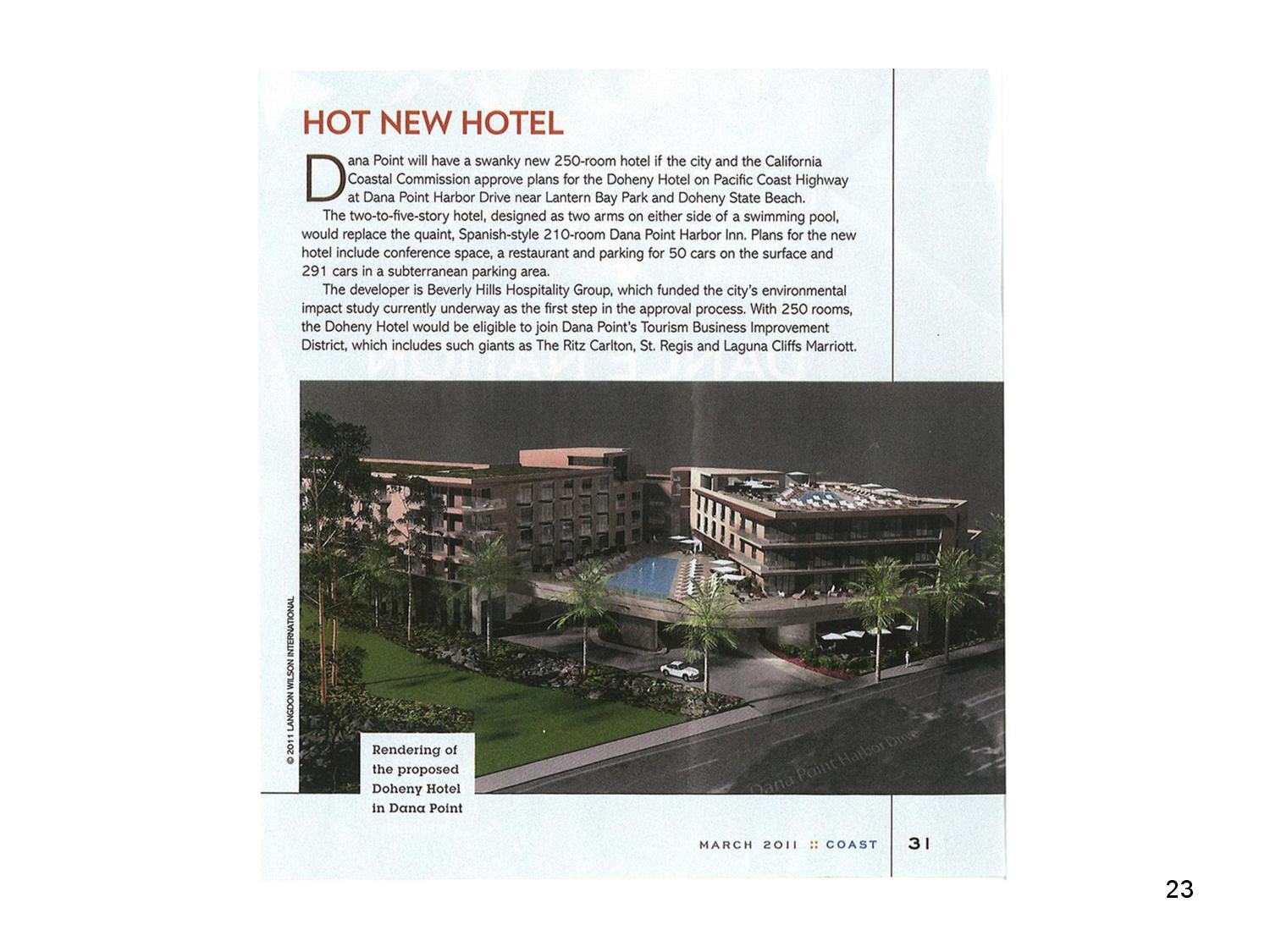 Dana Point will have a swanky new 250-room hotel if the city and the California Coastal Commission approve plans for the Doheny Hotel on Pacific Coast Highway at Dana Point Harbor Drive near Lantern Bay Park and Doheny State Beach. The two-to-five story hotel, designed as two arms on either side of a swimming pool, would replace the quaint, Spanish-style 250-room Dana Point Harbor Inn. Plans for the new hotel include conference space, a restaurant and parking for 50 cars on the surface and 291 cars in a subterranean parking area.

The developer is Beverly Hilly Hospitality Group, which funded the city's environmental impact study currently underway as the first step in the approval process. With 250 rooms, the Doheny Hotel would be eligible to Dana Point's Tourism Business Improvement District, which includes such giants as The Ritz Carlton, St. Regis and Laguna Cliffs Marriot.